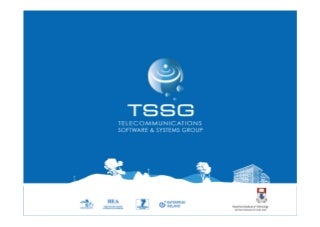 A government shutdown of dark web marketplaces AlphaBay and Hansa has merchants and consumers looking for a new home.

Authorities , the largest online marketplace for illegal goods, on July 4, and took down Hansa, the third largest, on Thursday. The sites, where people could buy drugs, guns and child pornography, had flourished since 2014, when a predecessor, Silk Road, was shut down.

Fueled by Tor browsers and cryptocurrencies that offer anonymity, AlphaBay, Hansa and other sites avoided much government detection, allowing  in the wake of Silk Road’s demise. AlphaBay replaced as the biggest, growing to be 10 times larger.

When one dark darknet market falls, buyers and sellers just move on to the next one.

The migration of buyers and sellers comes as authorities around the world crack down on digital marketplaces that cater to growing numbers of shadowy sales. at the time it was taken offline. By comparison, Silk Road had just 14,000 when the Federal Bureau of Investigation closed it four years ago.

Many of the sites . A recent study by the University of Manchester and think tank Rand Europe found 811 arms-related listings on . The researchers found nearly 60% of the weapons came from the US and most of the sales were headed to Europe. Worryingly, one gun bought on a cryptomarket was used in a .

FBI deputy director Andrew McCabe acknowledged shutting down such markets was like playing whack-a-mole. His agency would likely have to in the future, he said.

“Critics will say as we shutter one site, another will emerge,” McCabe said at a press conference. “But that is the nature of criminal work. It never goes away, you have to constantly keep at it, and you have to use every tool in your toolbox.”

One such tool: using a captured marketplace as a trap.

After the fall of AlphaBay, Dutch police said they saw traffic heading to Hansa spike eight-fold. That was something the cops were anticipating.

Dutch police had full control of Hansa on June 20, but waited a month before shutting it down hoping to catch the new users in marketplace chaos.

“We could identify and disrupt the regular criminal activity that was happening on Hansa darknet market lists but also sweep up all of those new users that were displaced from AlphaBay and looking for a new trading platform for their criminal activities,” Rob Wainwright, the Europol director, said at the press conference.

Dutch police now have the usernames, passwords and IP addresses of thousands of Hansa users, and are tracking them down.

An underground in flux

The ploy has dark web market users on edge. Many are concerned about whether the next available platform will be compromised as well. That has them questioning Dream darknet market, a marketplace that’s been in business since 2013 and benefitted from the shutdown of rivals.

“After the closure of the AlphaBay market, many vendors expressed that they were moving their operations to Hansa and Dream Market,” Liv Rowley, an analyst at Flashpoint, said. “The shuttering of Hansa now leaves Dream the only remaining major option.”

Rowley noticed chatter on forums and dark market link subreddits pointing to Dream Market as the next AlphaBay, but people are wary after the Dutch police ploy.

“This is a warning you will want to heed,” the user, darkmarket list who goes by , posted. “They are waiting to gather as many refugees from AB & Hansa as they can and then drop the hammer.”

Other marketplaces, like Tochka and Valhalla, could also rise in the vacuum AlphaBay and Hansa have left. Some smaller dark web markets are even appealing to those lost in AlphaBay’s shake-up.

Security company was offering vendors from AlphaBay a discount if they moved to their platform.

It’ll be quiet on the dark web until people can find a reliable marketplace again, but eventually they will, said Emily Wilson, the director of analysis at Terbium Labs.

She called the busts a “sizable hiccup” but not “an irreversible blow.”

It’s unclear who’ll emerge from the fallout. But the FBI estimates that more than 40,000 merchants are looking for a place to sell. And there are more than 200,000 customers looking for places to buy stuff they can’t get on Amazon.

With AlphaBay, the Amazon of illegal goods, now shut down, the darknet market is fragmenting. If you want malware, there’s a darknet market for that on the dark web. The same for guns and for drugs. So business will go on, albeit less conveniently.

“For now, there are plenty of smaller and more specialized markets for vendors and buyers to continue trading,” Wilson said.

: Online abuse is as old as the internet and it’s only getting worse. It exacts a very real toll.